JOURNAL EDITORIAL August 2021
Owing to a printing error the Editorial was omitted from the August  2021 Journal. It should have read as follows:

I am not entirely convinced of the truth of the quotation from Frances Partridge’s diary which appears on the inside front cover of this issue of the Journal. Fanny Burney and Benjamin Haydon, for example, combined diarizing with creativity, but of James Woodforde’s lack of imagination I’m not sure that any of us will need persuading. What he is interested in, and what would have made his diary as dull as ditchwater to  any unacquainted contemporary, are facts. What did he do? Who did he see? What did he buy? How much did it cost? What was the weather like? These are the quotidian questions which he answers; the fascinating facts of everyday life in the eighteenth century which no one else supplies with such clarity and in such abundance.

We’re lucky to have them. As Margaret Bird has shown so brilliantly in her twin essays on the Norfolk Parish Clergy, successive bishops were unable to wring much by way of facts from our reluctant returner. And, of course, we’re lucky that the diaries survived at all. They may have been among those letters, diaries and notebooks , carefully collected by Nephew Bill’s grandson Alexander,  which immediately after his death in 1909 were sold as waste paper! I was reminded of this chilling piece of information, recorded by Dorothy Heighes Woodforde – Alexander’s grand-daughter – when reading a book by Bodley’s Librarian, Richard Ovenden. Burning the Books, subtitled ‘A History of Knowledge under Attack’, tells of how, over the centuries, through malice, thoughtlessness or stupidity, written material has been destroyed. More happily, the archives of many of our great houses have survived and David Sharp, who has worked on those of the Townshend family at Raynham, is here able to give us a thoroughly absorbing account of Norfolk Politics in Woodforde’s Day.

Country house archives were also the source for our President, Richard Wilson’s fine book Creating Paradise: the Building of the English Country House, 1660-1880, co-authored with his colleague Alan Mackley. Richard, who joined the Society in the year of its creation, and  our President since succeeding Suzanne Custance in 2014, has announced that he feels he must now step down. He will be much missed, for knowledge, wisdom and humanity are rarely so felicitously combined. His contributions to this Journal have been second to none. We hope to offer our formal thanks at the AGM which will take place, as you will read in the Newsletter, on 13 September at the Holbrook Manor Hotel, Wincanton.

Jennifer Soan, who has done so much for our British Diarists series, here contributes a foreigner’s view of south-east England in the 1740s. Pehr Kalm, a Swedish student of agronomy, impresses as an intelligent observer of the English countryside in the early days of the Agricultural Revolution.

Returning to Frances Partridge, who, presumably, considered herself unimaginative, I think she underrates herself. If, like me, you have been missing trips to the Continent, you might be consoled by this entry in her diary. It is for 5 July 1970:

“The night was appallingly hot and the Antequera dogs indefatigable. Oh, those dogs of Antequera! All night long, bass, tenor, treble and counter-tenor dogs performed in every possible combination – solo, duet, trio, quintet or full chorus. I half-stifled myself with my head under my sausage pillow and contrived to sleep  little.”

I hope your summer has been a healthy one, in no way resembling the ‘malarial season’ of 1783, and your nights, whether in Britain, Spain or elsewhere, have been undisturbed by the barking of dogs!

Posted by Parson Woodforde at 03:37 No comments: 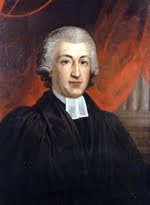 Parson Woodforde
James Woodforde was born in Somerset in 1740, the son of the Rector of Ansford and Vicar of Castle Cary.